All in all, pretty good. And a big boon compared to having nothing at all.

Having said that, there are two things that were a tad irritating.
– First, one of the bins stayed vertical, but the other one kept collapsing in on itself partially.
– Second, I wish there was a built-in way to secure trash bags to the upper rim while still being able to zipper the top shut. squirrels were a real problem, so we had to keep the bin zipped, but of course, since there was nothing to attach the bag to on the bin, people would unzip the bin and throw trash on top of the bag, instead of in it. Not fun to clean up. END_OF_DOCUMENT_TOKEN_TO_BE_REPLACED

I am really new to dutch oven cooking. but…wow. What fun!  This particular unit is the first I’ve ever purchased. But it has some nice touches that some other dutch ovens don’t have.

6 quarts is…well…a lot. I was expecting this to be much smaller and am especially happy I didn’t buy the 10 or 12 quart dutch ovens because that would have been out of control huge. As it is, I can make enough chilli that as a side dish, it easily serves 15. As a main dish, it serves about 6-8, though 4 big eaters could finish the pot. END_OF_DOCUMENT_TOKEN_TO_BE_REPLACED 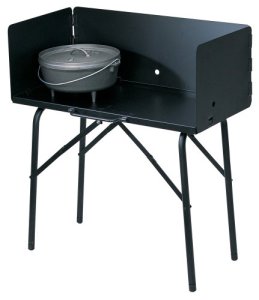 Just got back from a car camping trip to Yosemite, and all I can say about this dutch oven is….WOW. I thought it would be just used for making chili with the dutch oven, but this dutch oven table turned out to be so much more versatile than that. And the slightly lower height turned out to be an advantage as we needed to do some BBQ’ing under a tarp when it rained. the lower height gave the smoke more vertical to spread and move out of the tarp ceiling.  Awesome. END_OF_DOCUMENT_TOKEN_TO_BE_REPLACED

This grill isn’t for backpacking or hiking. But it’s great for car camping.

What makes this grill so awesome is that if fits on a 32″ dutch oven table with plenty of room for a dutch oven next to it. END_OF_DOCUMENT_TOKEN_TO_BE_REPLACED

I buy a lot of gear, and because I’m fairly rough with gear, typically a significant percentage of gear I use suffers some pretty horrific wear and tear.

As such, I often sprinkle my reviews with updates on how my gear is holding up over time.

Rarely do I even consider asking for an exchange if I’ve used a piece of gear more than a dozen times.  I simply update my reviews with how the gear is doing. END_OF_DOCUMENT_TOKEN_TO_BE_REPLACED 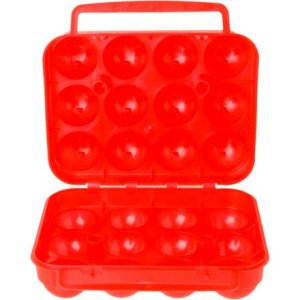 Car camping trip day 2: eggs in cooler, moved around in bear locker, taken out for a bit….dropped and shattered.

A 1 piece, flexible, and tough filter that can pack anywhere? Shoooooot. After using it this past weekend on a car camping trip, I’m now of the opinion that this is useful not only on car camping trips but also for picnics, or even business trips if you’re picky about the coffee you drink. END_OF_DOCUMENT_TOKEN_TO_BE_REPLACED